nienteForte started as a result of founder Mendel Lee’s passion for contemporary music and contemporary music advocacy.  When Mendel was an undergraduate at West Chester University as a music education major, he attended a contemporary music concert that resonated so strongly with him that he changed his degree and career path towards composition.  Memories of that concert and the subsequent joy of simple exposure to contemporary music of all types as a listener and performer inspired him to try to create a similar experience at Tulane University.

The first concert was in the Spring of 2011 featuring David Constantine, the former Assistant Principal Timpanist of the Syracuse Symphony Orchestra.  With his cohort Mark Lighthiser and a handful of his students in the Tulane University Marching Band, Mendel put together a program including works by Michael Torke, Ingram Marshall, Lou Harrison, and his own work Timpani Forces commissioned by Dave two years prior.  The success of that concert laid the groundwork for it to become a consistent annual concert series every spring, bringing in guest performing artists and composers from across the country with the generous support and sponsorship from the Tulane University Marching Band and the Kappa Kappa Psi Rho Chapter at Tulane University.

It was immediately following the 2014 concert when Mendel met newly-appointed composition faculty member Maxwell Dulaney.  Maxwell immediately showed his support for the nienteForte endeavor and the two quickly developed a partnership to take advantage of their combined background and resources.  It was this that shifted nienteForte from an annual concert series to an annual contemporary music festival starting in the spring of 2015, featuring New York-based Ensemble Pamplemousse.

One thought on “The History of nienteForte” 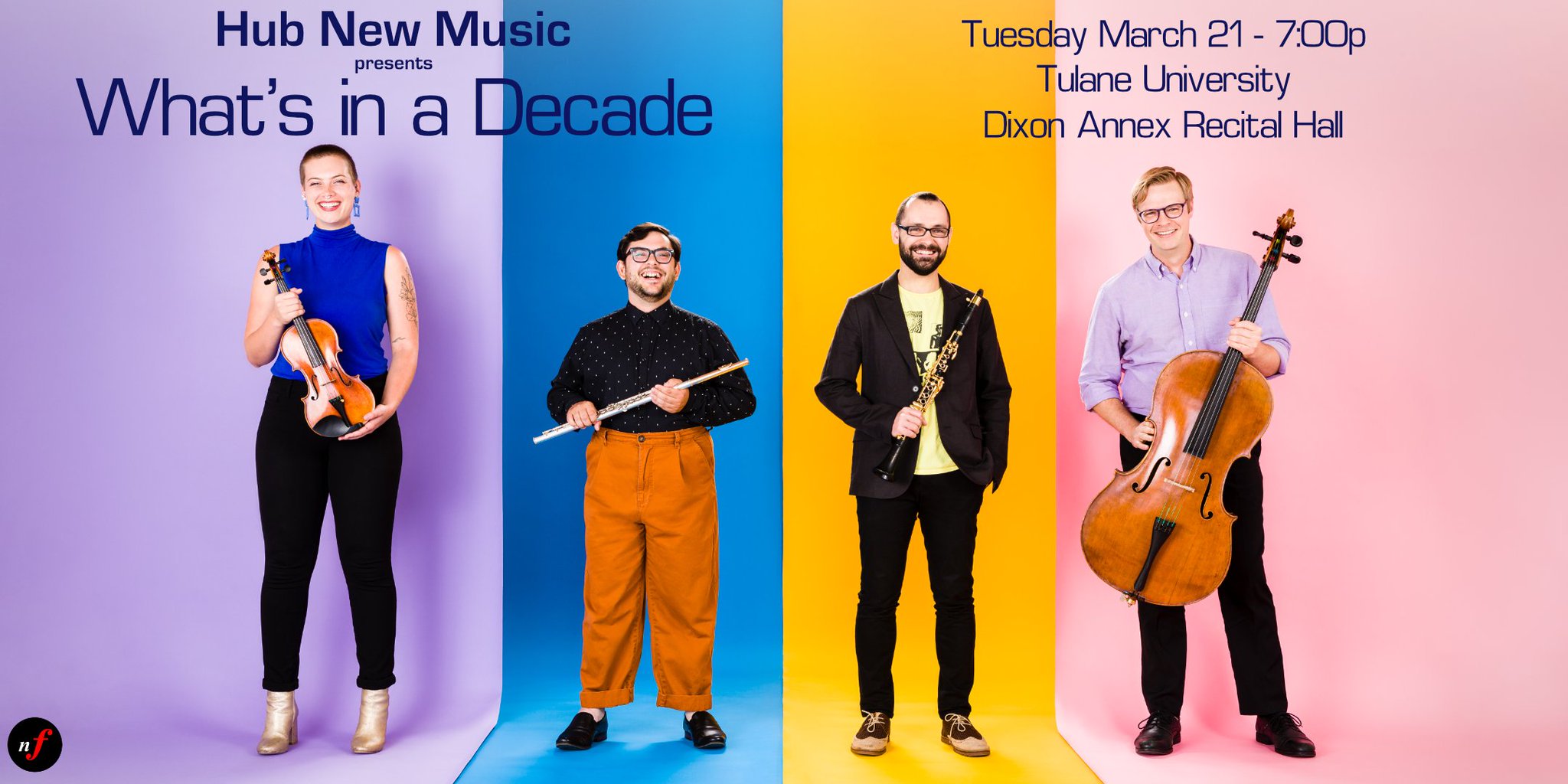